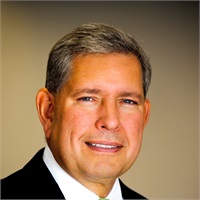 Ron was born in Burbank California and grew up in the Mojave Desert. Being the first of six children born to deaf parents, he learned responsibility at an early age. His commitment to family and faith is unwavering. It’s the essence of who he is and the foundation of his business success. Living for a higher purpose and caring for others has always been Ron’s focus.

After high school, he joined the United States Coast Guard where he learned about hard work, discipline, and duty. He enjoyed serving his country and helping keep people safe. He grew in experience through training, education, and travel. He developed a love for the sea and enjoys boating and sailing with friends and family.

After completing his time with the Coast Guard, Ron served a deaf mission for his church in Chicago. While there, he formed the first deaf scout troop in Chicago for the Boy Scouts of America. Returning from Chicago, Ron attended college in Stockton, California where he met his wife Julie. They were married in spring of 1984. In 1991, Ron and Julie moved to Amador County where they enjoyed raising their four daughters in a close knit community. Ron’s hobbies include reading, boating, sports, and traveling with his family. Ron also volunteered at a private school where he taught history and American Sign Language. Family, faith, and community are the most important things that define Ron.

Ron’s chosen vocation as a financial advisor, allows him to use his experience his gifts and his love for family to help people in a very special way. Ron has been in the Financial Industry since 1991. Founded in 2002, Roberts Retirement has grown over the years to serve families in northern California and around the country.

Ron has served as president of the California Estate Planning Counsel and continues to mentor financial advisors all across the United States. Ron is constantly educating himself on the most up-to-date investment strategies and changes in the financial industry. He’s recognized as a leader in the industry, is a sought after speaker, and has been featured in Senior Market Advisor Magazine.